Australia’s vaping ban has been raising more than a few eyebrows recently. Let’s find out about the nitty-gritty going on down under and discover why a government u-turn is a must for a smoke-free future.

With a domestic ban on the sale of nicotine-based e-liquids and vapes already in force across the country, up until now, the only way Aussie’s have been able to get their hands on their vaping essentials is by importing it from abroad and with a prescription from a doctor. That is until now.

In June Australia’s Health Minister Greg Hunt announced that the Government would be banning the personal importation of liquid nicotine for vaping with almost immediate effect. Initially proposed as July 1st, the new ban would mean that anybody who wanted to vape as a way to stay smoke-free would not only require a prescription from their doctor, but that doctor would have to be prepared to import their nicotine e-liquid on their behalf. To do this, said a doctor would need to have a permit, which at the current time of writing, no doctor in Australia is yet to obtain. With one too many hoops to jump through, using vaping as a way to stop smoking will become an arduous task that may put many off the idea altogether. Those who are caught flouting the law and importing nicotine without a prescription can expect to pay an inordinately sized $200,000 fine for their troubles. Wowzers.

Thankfully for Aussie vapers, a coalition of MPs and supporters of vaping have come together forcing the Government into a U-turn on its decision. While the news is welcome, the move is only a short-term solution that will see the ban suspended and come into effect on January 1st 2021. In this time, e-cigarette regulation will be reviewed, and vapers are expected to discuss their needs with their GPs in order to find a solution for their smoking cessation. 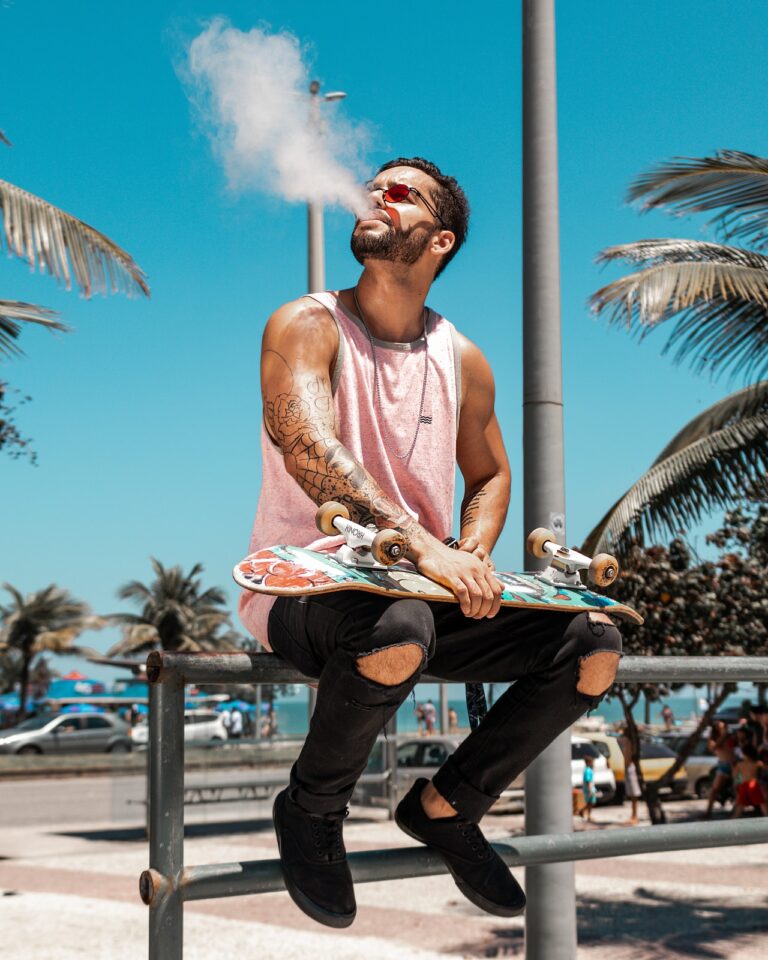 Why is the Government Banning E Cigarettes?

The rationale behind Australia’s vaping ban is twofold. The first is aimed at limiting the number of nicotine poisonings in the country. This is primarily due to imported e-liquid that is potentially not regulated and harmful to human health. Should a regulated industry come into effect in Australia, this would, of course, eliminate such dangers.

The second reason for Australia’s vaping ban is geared towards what is deemed to be the increasing use of vapes by those underage. Referring to the ‘underage vaping epidemic’ taking place in the US, Health Minister Greg Hunt views vaping as a smoking commencement tool as opposed to a smoking cessation tool, which appears to be in direct contrast to data captured by a recent survey conducted by the Australian Institute of Health and Welfare. The study shows that while the numbers of underage vapers may be increasing, the number of young smokers is declining at the same rate. Is this simply a case of kids being kids and just doing something they are not supposed to be doing? We would be inclined to say, yes.

Vaping as a Way to Stay Smoke-Free

Naturally, the reason for the ban being overturned is because vapers, health professionals and a coalition of politicians argue that vaping provides a viable way to stay smoke-free. Here in the UK, based on leading scientific evidence, our health department Public Health England cite e-cigarettes to be up to 95% less harmful than smoking. With 16% of deaths in England attributed to smoking-related diseases, cigarettes continue to kill thousands and are the single most preventable cause of death.

Additionally, PHE says that vaping can potentially provide smokers with a valid way to stop smoking, which is of course, why devices such as V2’s E-Liquid Starter Kit’s were designed in the first place. Further research also tells us that vapes can be up to twice as effective as traditional stop-smoking therapies such as patches, gums and sprays.

If the UK’s population of smokers can benefit from a product that significantly reduces the harm, it seems at odds, that Australia would not want to provide a safe and regulated e-cigarette market for the hundreds of thousands of vapers and smokers in the country. While the Government might be calling the shots, there are growing numbers of MPs that have joined together in opposition to banning the personal importation of liquid nicotine. Riled at the lack of parliamentary consultation, it appears Health Minister Greg Hunt’s decision has come out of the blue and without any discussion held with relevant parties.

Despite the domestic ban on the purchasing of nicotine e liquids, the numbers of vapers in Australia has never been higher. New research conducted by the Australian Institute of Health and Welfare has found that the number of vapers has doubled in just three years. Estimates suggest that there are now 450,000 vapers in the country who have been using e-cigarettes as a way to stop smoking, a figure that correlates with the ever-falling number of smokers in Oz.

It comes as no great surprise that the smokers who are ditching cigarettes and switching to vaping are in the 18-24, 25-29 and 30-39 age groups. Interestingly, the number of smokers in their 40s, 50s and 60’s has remained relatively stagnant since 2016, and the number of vapers in these categories is particularly low. Worryingly, evidence tells us that two out of three of these older smokers will die from smoking-related diseases, yet with the availability and offering of vaping as a way to quit smoking, this tragedy waiting to happen could potentially be drastically minimised.

While the number of smokers in Australia is relatively low compared to other countries, the rate of smokers declining is slower than countries like here in the UK and the US where vaping is legal. Vaping can play a significant role in transforming the lives of Australia’s smokers; however, a dramatic u-turn in the Government’s stance is required. A regulated e-cigarette industry that supports smokers to stop smoking is a must to avoid the unregulated and high nicotine strength products being imported from other countries.

Will Vaping Be Banned in Australia?

While Australia’s vaping ban has been overturned, for the time being, the question of whether vaping will be outlawed entirely remains to be seen. With reports suggesting that the Government will not be swayed on their decision, the suspension of the ban is merely a stop-gap to let vapers prepare for a life without vaping. What will Australia’s estimated 450,000 vapers do once the prohibition on importing e-liquids comes into effect?

In an ideal world, vapers would simply relinquish their nicotine habits, and we’d all sail off and out on to a candy floss ocean aboard our rainbow rollercoaster carriage made of glitter. Let’s not kid ourselves, folks, addiction is no mean feat to fend off. Nicotine is a highly addictive substance and a notoriously tricky thing to give up once you’re hooked. While GPs will be able to prescribe vaping as a therapeutic way to give up smoking, the new laws mean that doctors who have a permit and are willing to obtain your vapes from overseas are virtually non-existent.

The first unfortunate reality of Australia’s vaping ban is that vapers may return to the highly carcinogenic cigarettes as a way to get their fix of nicotine, thus causing years of harm to their health. The other unfortunate reality is that vapers may go to the black market to source illicit vapes. Unregulated and highly dangerous, counterfeit products that you might find on the black market will often contain ingredients unfit for human consumption.

Should we near the date of the ban and vapers have not managed to quit their nicotine habit, the choice of going ‘cold turkey’ may be the only option left. Highly inadvisable, going cold turkey can wreak havoc in the immediate aftermath. Cold sweats, headaches, irritability and trouble sleeping are just a few of the symptoms of nicotine withdrawal, which is why vaping has proven so popular with ex-smokers. With the ability to reduce the concentration of nicotine in e-liquid, vapers can steadily decrease the amount they vape until their body is completely free of nicotine.

Can I Bring My Vape into Australia?

If you’re going down under any time soon, the good news is that the ban’s postponement means up until January 1st you’ll be able to bring your e-cigarette with you. Depending on how long you spend in the country, remember that you won’t be able to buy any nicotine e-liquid while you’re there. Make sure you bring with you what you need and avoid exceeding the three-month e-liquid allowance and the legal limit of 120ml of e-liquid.

Individual states and territories have different vaping laws as to where you can and can’t vape, so always make sure you do a spot of research before you travel to avoid getting your favourite vape pen confiscated. Stay safe while you vape and be mindful of local laws.