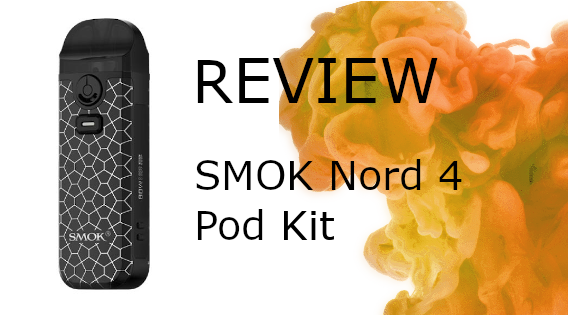 We all know SMOK and I am sure everyone who is into vaping has heard of the Nord and Nord 2 pod kits. Using Nord 2 as my favourite all-day vape device, I cannot tell you enough how I’ve been waiting for the release of the SMOK Nord 4. Finally, it is here and I can get my hands on it, with my personal unbiased opinion below. I only have one question – where’s Nord 3? But never mind.

Although the Nord 2 was (and still is) a fantastic device, SMOKTech promises that Nord 4 will be even better. How better can it be, when Nord 2 was already better than the best, huh? We will certainly look into this shortly. (The Nord X name was used in place of the Nord 3?) 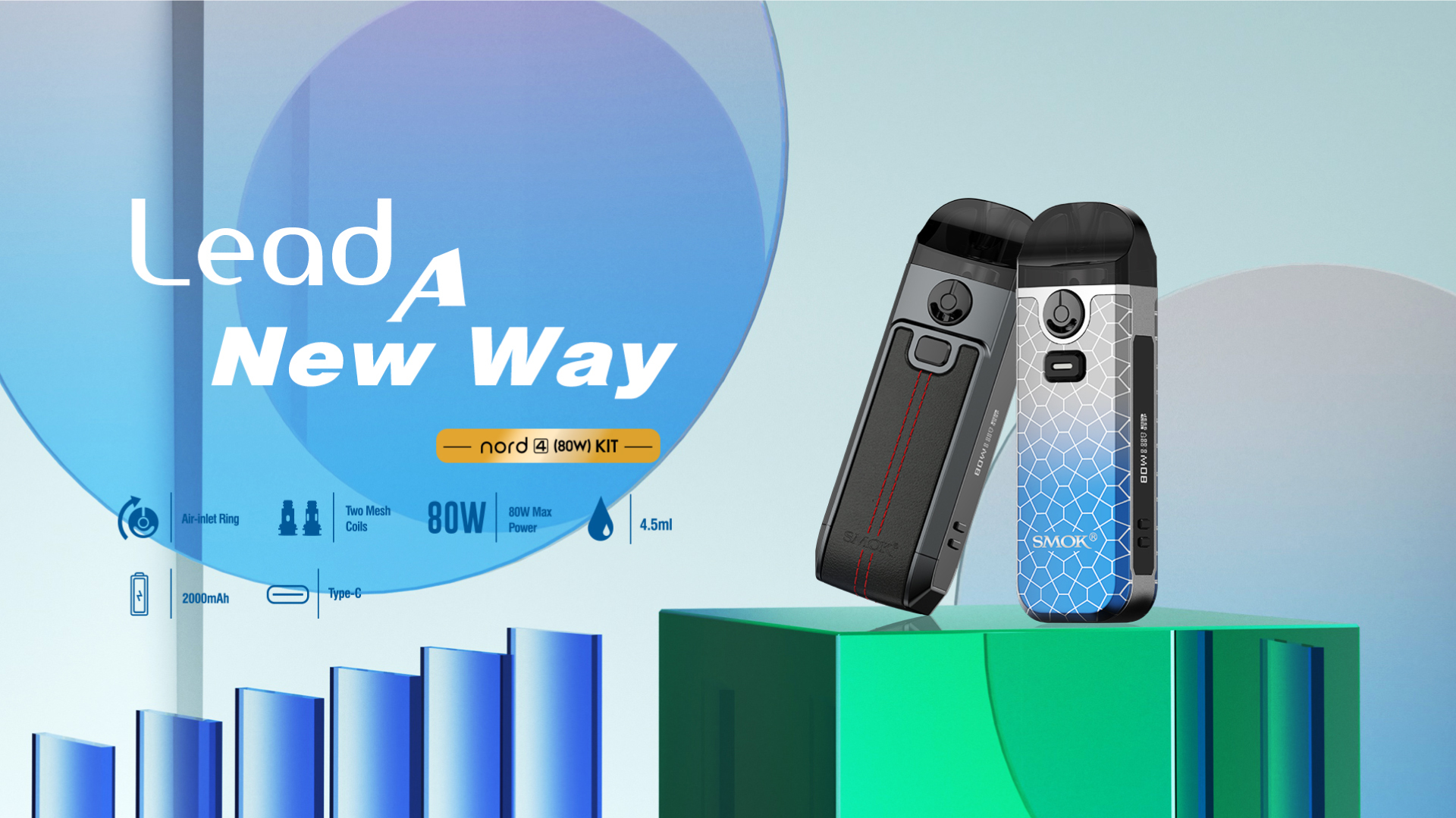 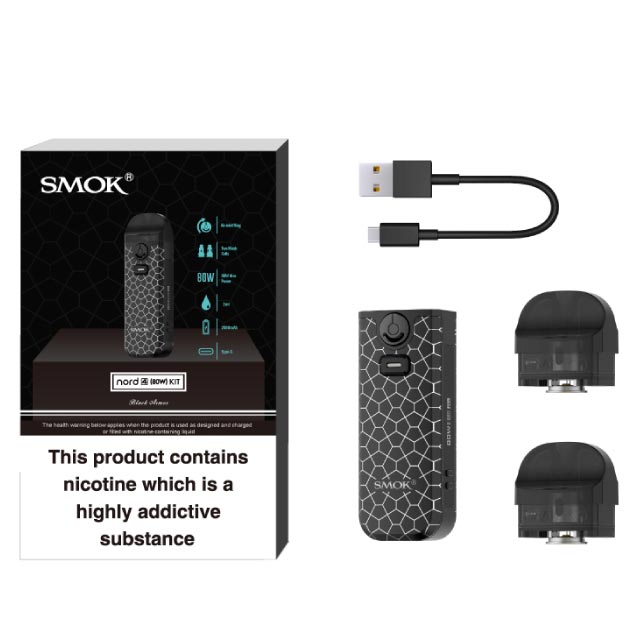 The Look and Feel of the SMOK Nord 4

Taking into the account that in my Smok Nord 2 review I said Nord has got the looks – you can double that when speaking about the SMOK Nord 4. As always, SMOK continues to uphold the highest standards in design, materials used and quality.

The new version didn’t change much, maintaining a similar shape. No need to reinvent the wheel, right?

There are eight nice colours of the new Nord 4 with the same glossy finish, same as we saw with Nord 2. But what is most exciting, there is a brand new leather series offering four styles of the device with a leather finish. That is why I said it has the double looks of it’s older brother Nord 2. Simply love that leather design.

Now, maybe not that great news, but it is quite bigger and thicker than the Nord 2. It will not fit into your pocket that easily anymore and even if you put it there, you will feel the weight of it. This is the price that Smok paid to have that massive 2000mAh battery.

For many the more compact Nord 2 will continue to be the ideal vape simply because it is 1/3rd smaller, in a Nord 2 versus Nord 4 shootout the larger battery and benefit of the airflow system of the Nord 4 will not outweigh the size difference.

The first Nord was a nice small device, Nord 2 was slightly bigger and I found it just the perfect size. But Nord 4 in my opinion, is slightly too big and too heavy and cannot be called a small stealthy device anymore, although it is still a lot smaller than both the Smok Rigel and Smok Alien.

If it goes at the same pace, probably by version 6 or 7 Nord will be as bulky as all the other vape box mods. It seems like with Nord 4, Smok is appealing to the cloud chasers much more than MTL vapers. I hope it’s not the case.

With the Nord and Nord 2, the pod was sitting in the device too tight and pulling it out sometimes was challenging. I am very glad that Smok fixed it and the new version holds the pod in the device with four little magnets. It is now very easy to fit the pod in or take it out. Magnets hold the pod well, so rest assured, it will not fall out. 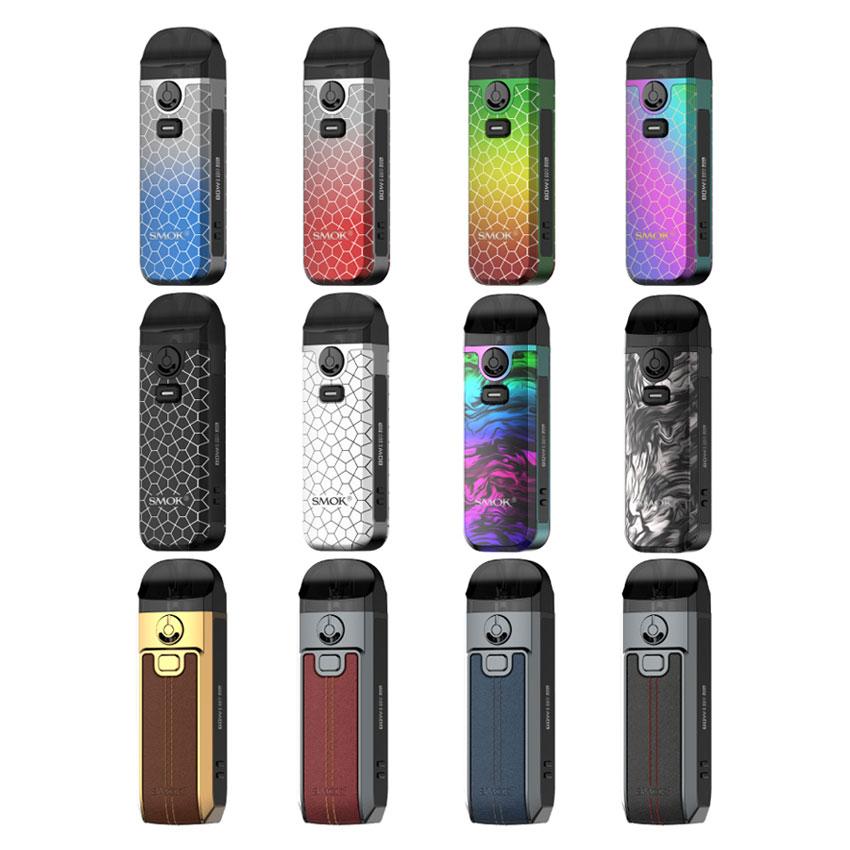 The new Smok Nord 4 is equipped with a massive 2000mAh battery. That will keep the cloud chasers using the device at a high wattage vaping all day. As for MTL vapers like me – this will hold for at least 2-3 days. How cool is that?

Also, as if SMOK heard my dissatisfaction about not switching to Type-C charging port – they finally did it with the new version of this legendary pod kit. This is handy, as most modern devices now use this type of charging, so you don’t need to be tangled in multiple cables anymore. The fast charging current of 1.4A makes sure your device is fully charged in less than an hour.

Similar to previous Nord versions, Smok Nord 4 is super easy to use. Therefore it is perfect for both new and experienced vapers. There are no unnecessary settings or features.

Five clicks on the activation button will turn the Nord 4 on. Another five clicks turn the device off. Two buttons on the lower end of the screen can adjust the wattage up or down, either by single clicks or by holding the button to reach the desired wattage quicker.

There are two pods, RPM and RPM2 each with different Smok Nord 4 coils. Not sure why this is necessary – both tanks could do the same job, just using different coils, which are not interchangeable between the two pods. Why don’t you just make one pod and a selection of different coils?

The new pods have the same side filling mechanism with a rubber stopper like the older ones. Apart from small condensation, there are no leaks whatsoever.

Smok’s RPM and RPM2 coils have a minimum level line drawn on them, but you cannot see that through the dark plastic of the pod. That is something designers must have overlooked.

A great new feature of the NORD 4 is airflow control on both sides of the device. Easily select your desired airflow by turning the airflow ring, either using your fingernail or by pressing the ring with a finger and turning it that way.

I started my test with the RPM 2 tank, which has a 0.16-Ohm RPM 2 meshed coil with my favourite VSAVI shortfill. The result – excellent vapour production and truly mouth-watering flavour. Cloud chasers could consider getting a Nord 4 to replace their bulky vape mods as it could do the job as good as box mods without a need to carry a large device. No cons here.

Now the RPM tank. Being an MTL vaper using high nicotine e-liquids, I was in real doubt when I saw that Smok promotes an RPM pod with a 0.4-Ohm meshed coil for that purpose. When Smok released their first Nord, the regular 1.4-Ohm coil was just perfect for high nicotine vapers like me. When Nord 2 came out, although 0.8-Ohm coil meant for MTL vaping was alright, it still wasn’t as good as the regular 1.4-Ohm and continued using the same coils. But now 0.4 Ohms? Really?

And I was right. Even set on the lowest 5 watts, with all the airflow closed, this 0.4 is simply not good for that tighter MTL vaping when using high nicotine e-liquid. Luckily Smok offers 0.8-Ohm DC MTL, 1.0-Ohm and 1.2-Ohm Quartz coils that fit the RPM pod to be purchased separately. So those who would be considering getting NORD 4 for MTL vaping need to bear in mind to get another set for coils, as the ones that come in the kit are no good for that.

Another new feature introduced is the locking feature. Not that it is necessary, but a handy feature, in my opinion. I remember how I burned countless amounts of coils on my first version of Nord, as clicking five times to power off the device every time I put it in my pocket was too much, so I never did that. Of course, I paid with lots of burned coils for not doing that, as the activation button always kept pressing in the pocket. Don’t know if safety features were failing or what, but it always burned the coils. With Nord 2 that problem was kind of solved. Although I still never powered off the device, changes to the button design made sure it doesn’t press leading to the device activation. Though in some odd occasions it did, at least it never burned the coil. Clicking the fire button three times locks the device, without powering it off. Another three clicks unlock it again. I am not sure if I’m going to use this new lock feature, but if I wanted to, it is good to know it exists. 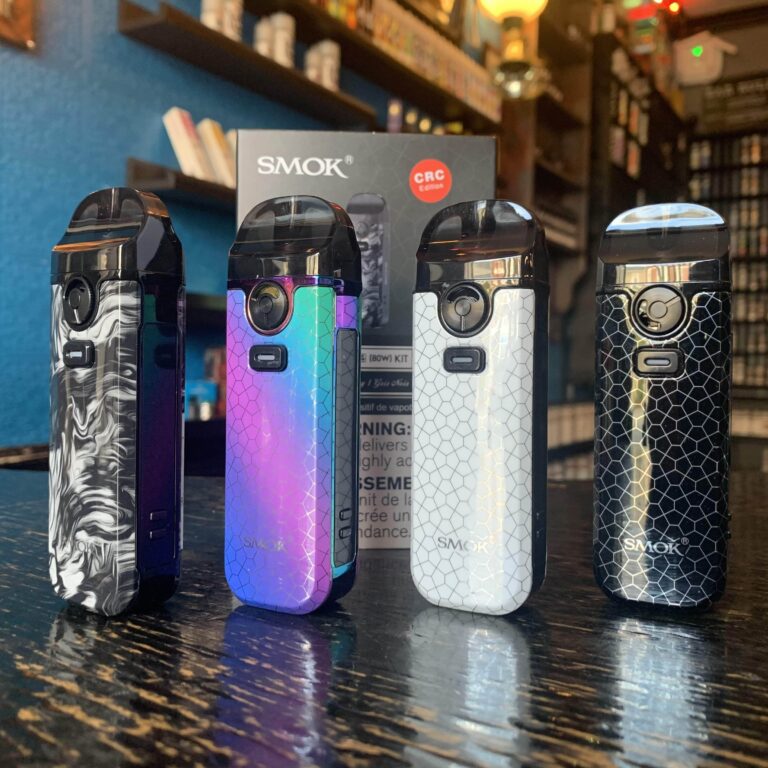 Last Word on the SMOK Nord 4

Although the coil that comes with the kit is not perfect for MTL vaping, I am still giving Smok Nord 4 vape pod kit 10/10 for performance. Getting the right coil will make this kit absolutely perfect. It can cater to both cloud chasers and MTL vapers. Although it is slightly larger than the Nord 2, you cannot deny that with Nord 4 right from the design to operation, every element speaks of finesse making it by far one of the best vaporizers on the market. And at under £30 – Simply WOW!

Kangertech Subox Mini V2 Review: Nostalgia Of The Past

Is it True That Vaping Increases the Chances of French Teenagers Smoking?